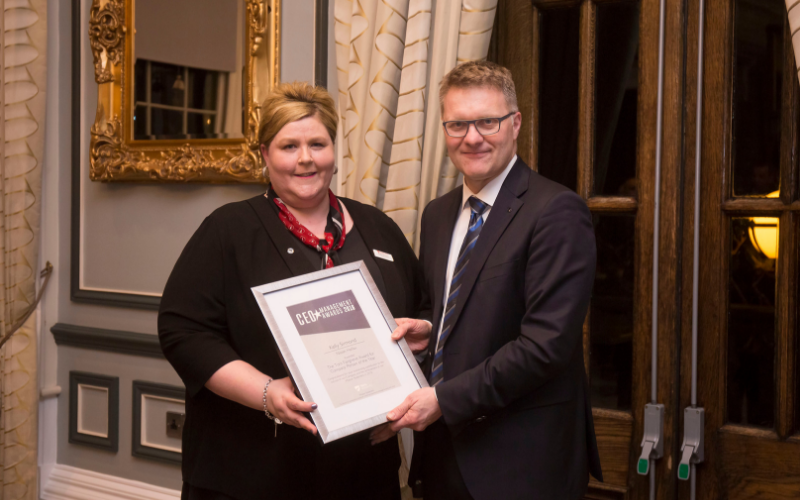 Bristol Street Motors Halifax Nissan’s vehicle administrator has been hailed a motor retail industry “superstar” after winning a prestigious award coming top out of over 5800 employees.

Robert revealed at the awards event, which he hosted at Oulton Hall in Leeds, that he had been initially reluctant to buy the Halifax Nissan dealership but said it quickly became apparent that the business had inherited some future Vertu superstars – “one of which is Kelly Sirmond”.

Robert Forrester said: “It was very apparent from the outset that Kelly was the go-to person in the dealership".

“She has been pivotal in the dealership quickly establishing itself as one of our highest performing businesses that punches well above its weight.

“Kelly has been awarded this accolade because she truly cares about the dealership, its success, its colleagues and – most of all – our customers. She is personally invested in the business and this is reflected in her success. I’m delighted to honour her dedication, passion and efforts by announcing her as Company Person of the Year 2018.”

Kelly Sirmond said: “It is a huge honour to receive this award from Vertu Motors, and to hear Robert’s kind words. Bristol Street Motors Halifax Nissan is a thriving dealership and a wonderful place to work, but that is largely down to efforts of the team as a whole. I feel very humbled to have been awarded the Company Person of the Year Award, but I will look at this as a team reward.”