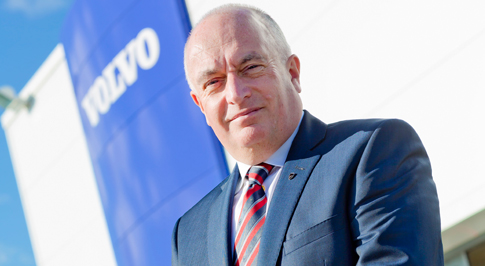 Vertu Motors plc has appointed a director with over 30 years’ experience in the motoring industry to lead its new premium division.

Malcolm Chambers has joined the Vertu Motors team following a string of acquisitions in the premium vehicle sector.

Based in Sutton Coldfield, Malcolm will spend his time on the road overseeing operations at the Group’s premium dealerships that include South Hereford Garages Audi and Volkswagen alongside Bristol Street Motors Volvo sites and Vertu’s recently acquired Greenoaks Mercedes-Benz outlets. Malcolm will also play a major part in the planning of future acquisitions.

Malcolm entered the premium market in 1982 and has since held positions as dealer principal at Porsche and Audi, representing both Little Aston and Hagley sites, before joining Bramall as dealer director in 1999.

Three years later, he took on his first divisional director role for BMW, Audi and Land Rover Jaguar and in 2006, Malcolm moved to Sytner as dealer principal at a newly acquired business in Coventry.

Following four years of success at Sytner, Malcolm took on the role of managing director at Sytner Oldbury, a large dealership with three sites.
Having accrued more than three decades of experience in the premium motor industry, Malcolm has now joined Vertu Motors to lead the new premium division.

Malcolm said: “I am excited to join Vertu Motors following the acquisition of several premium dealerships including Audi and Volkswagen Hereford and more recently the Greenoaks Mercedes-Benz outlets.

“In recent years, Vertu Motors has cemented its reputation as a company that takes pride in delivering a high quality customer experience.”

“I plan to ensure customer service remains a priority and that we continue to go the extra mile for our premium customers.”

Robert Forrester, CEO of Vertu Motors plc, added: “I am delighted to welcome an individual who has been successful in leading some of the world’s largest premium franchises into the Group.

“Malcolm is a well-respected figure in the motoring world and I am excited to have him at the helm at our new premium division.

“He knows the business and the sector exceptionally well and he will be an invaluable asset to Vertu Motors as we continue to grow and develop.”