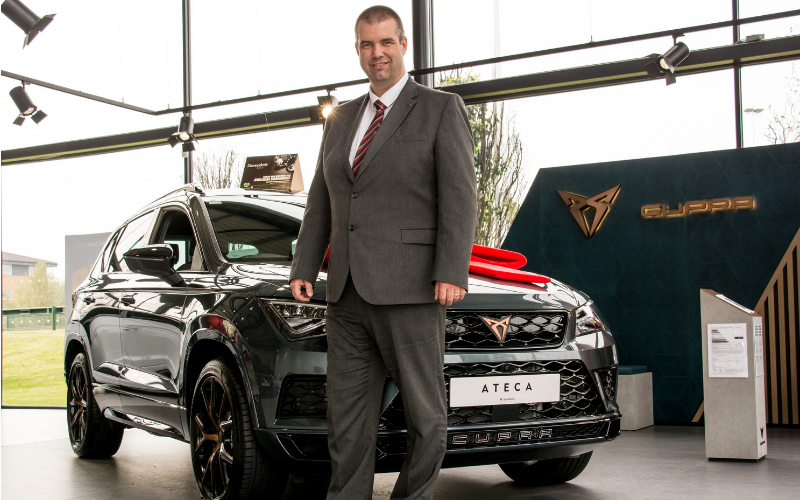 Mark Gibson, who began his career as an apprentice technician nearly 30 years ago, has joined the dealership team. He was worked for Bristol Street Motors for 10 years, gaining experience in both dealership and divisional roles, with a focus on aftersales.

Mark joins the dealership at an exciting time. It has been appointed as one of only 25 SEAT Cupra sites, enabling the sales of the brand’s premium sports models including the Cupra Ateca. Bristol Street Motors Birmingham SEAT has benefited from a five-figure investment to bring the dealership up to the Cupra corporate standards.

When not at work, Mark enjoys keeping fit and spending time with his family. He also volunteers as assistant referee for his son’s football matches.

Mark Gibson said: “I’m delighted to be back managing a dealership after seven years on the road working in divisional aftersales.

“I have a passion for making a difference and motivating colleagues to be the best they can, which enables them to give customers the excellent customer service the company prides itself on.”