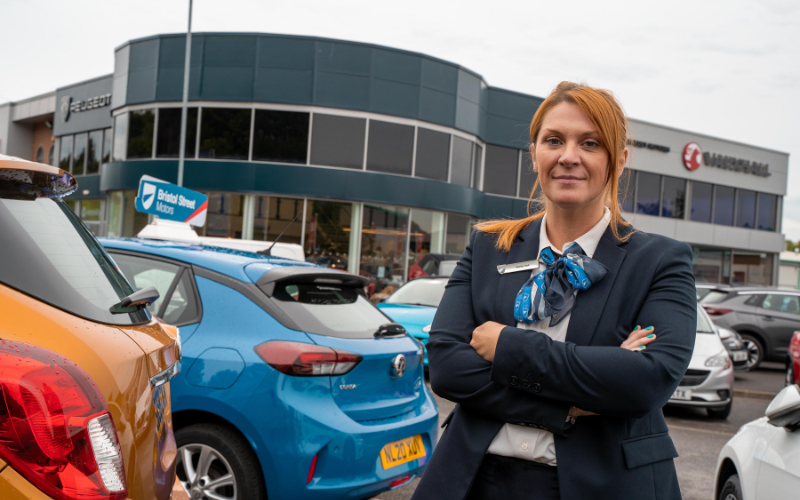 Verity Hall has been appointed as General Manager at Bristol Street Motors Sunderland Vauxhall, in addition to the brand’s neighbouring Peugeot dealership.

Verity began her career within the motor retail industry as a Sales Executive at Bristol Street Motors Durham Vauxhall, before her high levels of performance saw a promotion to Franchise Manager in Sunderland.

After completing the Group’s challenging and rewarding Leadership Development Programme, Verity was awarded the 2021 ‘Sales Manager of the Year’ title at the company’s CEO Awards.

According to Deloitte’s Women in Automotive Industry report, women currently only represent 20% of the automotive workforce, dropping below 10% at executive level.

Bristol Street Motors is committed to addressing the gender imbalance in the motor retail sector. It has introduced a number of initiatives, including enhanced maternity pay and a focus on career support for women.

Its ambitions to support and promote successful women is recognised through the brand’s Click2Drive Bristol Street Motors W Series Racing team, which competes in the all-female racing series that runs alongside part of the Formula 1 calendar. Additionally, Bristol Street Motors’ inspiring #TypicalWomanDriver campaign highlights and celebrates some of the amazing women undertaking driving roles in the workplace across our society.

Verity Hall, General Manager at Bristol Street Motors Sunderland Vauxhall and Peugeot, said: “I’ve been working alongside the very experienced Jass Singh for several years, developing myself and my skills, which have allowed me to progress to General Manager.

“It’s going to be a big challenge and I have huge shoes to fill following Jass’s retirement, but the support I have received from my colleagues and senior managers has been amazing.”

Robert Forrester, Chief Executive of Bristol Street Motors, said: “We do not yet have enough women as General Managers across the motor industry, but I’m pleased with the progress we are making within our own Group.

“Verity is an example of the career path and leadership training we offer to all colleagues, and I am delighted that she has taken on this role. I wish her every success!”