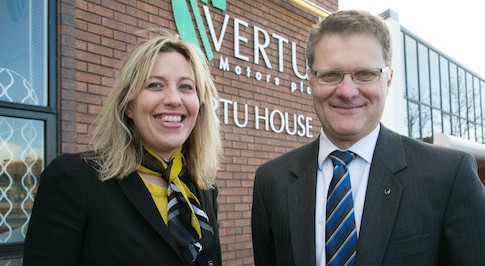 Vertu Motors PLC has announced the appointment of a company law specialist with extensive experience in corporate finance and acquisitions.

Award-winning Nicola Loose will sit on the Group's Operations Board and her role will focus on ensuring that the Group stays at the forefront of developing compliance matters as well as continuing to drive growth through corporate deals.

Nicola has made her mark in the legal field having won a number of leading awards. This has included being voted the North East Corporate Lawyer of the Year at the 2010 and 2013 Insider Dealmakers Awards. She also advised UK Land Estates on the winning Deal of the Year at the Insider Dealmakers Awards 2013 and she was the lead adviser on the £173m sale of the Visage Group to the Li and Fung Group, which won the Deal of the Year in 2010.

Nicola, who acted for Vertu Motors in its acquisition of Bristol Street Motors Group Limited and its re-listing on AIM in 2007, will develop the Group's in-house legal capability and work in conjunction with its external advisors.

Nicola's talent and acumen have been recognised in the prestigious Chambers and Partners UK guide, which describe her as being "admired by sources as technically outstanding, pragmatic and client-focused."

Robert Forrester, Vertu Motors PLC Chief Executive, said: "Nicola is a highly respected lawyer, who has a wealth of corporate legal experience and knowledge. As the Group expands we feel it is important that we have the required in-house expertise in the legal area and compliance.

"She will be a tremendous asset to Vertu Motors as we grow and develop, because she knows the business and the sector exceptionally well having advised the Group since its flotation."

Nicola said: "I am excited to join a company that I know well with a management team that I respect enormously. I am looking forward to helping Vertu Motors achieve its strategic ambitions going forward."