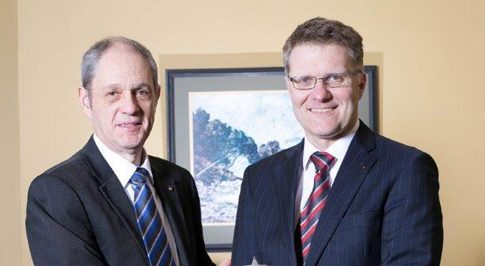 Phil has been with the Group for 27 years since joining Bristol Street Motors Birmingham in 1988 as a sales executive before being promoted to sales manager at the Shirley site, a role in which he has excelled, consistently selling more new retail cars than any other dealership in the Group.

Robert Forrester, chief executive of Vertu Motors Plc said: “Whilst a small dealership in the physical sense, Phil and his team deliver more new retail cars than any other dealership in the Group. He has led his team to do this consistently and with the minimum of fuss. There is no doubt that Phil deserves this award having been runner-up a number of times.”

Phil said: “It is such an honour to receive this award. Having been with Bristol Street Motors since they took over the dealership I know this is a company which recognises the hard work and attention to detail of its employees.

“I’d like to thank my team and those put me forward for the Sales Manager of the Year award. It’s an honour to have won this award after being on the shortlist so many times over the years.

“I won’t rest on my laurels and will endeavour to keep Bristol Street Motors Shirley Ford as the top selling dealership in the network by maintaining a focus on delivering excellent customer service.