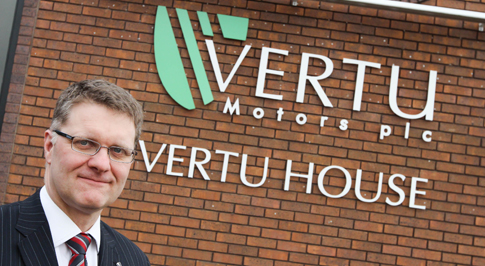 Would you buy a second-hand car with an integral radio which didn’t work? A new poll from ICM for Vertu Motors concluded that 78% would not.

The Government needs to consider the full implications of that answer on the future value of second-hand vehicles if it carries out its long-stated policy of switching off FM & AM transmissions in favour of digital only radio. The policy is to switch off AM/FM transmissions in favour of digital only when more than 50% of all listening uses the new system.

However, the Government’s own preliminary analysis paper published six months ago (Digital Radio Switchover, Preliminary Analysis, Department for Culture Media and Sport in Dec 2013) reveals that at present only 10% of cars have digital radio. It is unlikely that the majority of cars will have integral digital systems anytime soon, despite the growing number of manufacturers that now include them,

The radio industry is pushing for digital switchover with every opportunity it gets. Digital is seen by the media as good; analogue bad. There was even a report in the Daily Telegraph last month headlined “Radio 5 Live could send robins on the wrong flightpath” based on research about the AM signal that the popular station uses.

The Government analysis assesses the costs and benefits of switching to digital radio; however the costs only relate to the price of installing digital devices. The Government admits in its report that, “there are significant evidence gaps on the costs of listening digitally in vehicles.”

One massive gap is the drop in the residual value of any FM only vehicle once digital switchover happens. If digital radio comes about they could stick around on forecourts and have a lower trade-in value as a result. This amounts to a legalised confiscation of part of the value of somebody’s asset.
Reduced residual values don't just impact car dealers, most people own their car and therefore it could devalue the vast majority of cars in the UK; the public will want to ask why.

What is needed is urgent motor industry research into the future differential value of a second hand vehicle with no integral digital radio compared to one with digital fitted. This research needs to be submitted to the Government to fill the gap that it has in its analysis. Our own ICM research indicates that customers take a simple view of matters – if the radio doesn’t work the car is less appealing.

It is possible for cheap devices to be retro-fitted which use internal FM signal to re-transmit digital radio, but this is less than ideal as the clean lines of carefully designed dashboards will be disrupted by aftermarket instrumentation.

At present, data suggests the 65% of radio listening is at home with only 20% in the car. The 50% listening rule would be easy to achieve as domestic digital sets take over; this is because the percentage referred to is the percentage of the number of hours consumed and not the number of people involved. Under the Government’s rule, someone listening to the radio on a digital set while they were decorating their house would lose their service if they popped out to the shops to buy some more paint using a vehicle with an analogue radio.

It cannot be right to ignore the future value of cars before taking such a big decision. The decision is being taken by a Government department which seems to serve the media industry, based on patchy advice from the Department of Transport. But where is the Department for Business or Treasury in all this? They need to speak up for the value of peoples assets and, after their house, a motor vehicle is often the second highest value asset many people own.