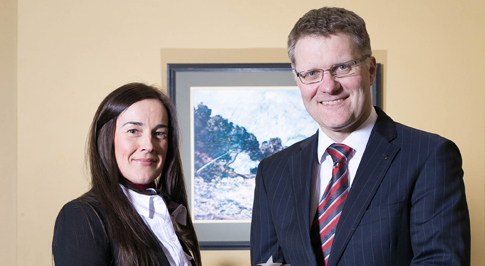 Melissa Brown, an accountant for Vertu Honda, was named ‘Accountant of the Year’ at Vertu Motors’ annual management awards held at the Eslington Villa hotel in Gateshead.

Melissa has worked across a number of dealerships, franchises and divisions since joining Vertu Motors seven years ago. She currently oversees the finances at three Vertu Honda sites in Retford, Doncaster and Mansfield, where she balances the books with a small team of just three other people.

Robert Forrester, chief executive of Vertu Motors Plc said: “Melissa is one of the hardest working and most committed people we have working with us.

“To operate three different profit and loss accounts with a small team takes a special person with drive, energy and integrity. Mel has all of these characteristics in abundance. She is such an important asset to our team and we’re proud to say she is part of the Vertu family.

Melissa said: “It is such an honour to receive this award. Having worked at Vertu Motors for a number of years, I know that it is a company which recognises the hard work and attention to detail of its employees.
“It’s an honour to have been put forward for this award and I’m delighted to have won. I’d like to thank those who nominated me and my team for being so wonderful and supporting me.”